The Northern Territory Government is committed to maximising opportunities for participation of Aboriginal Territorians right across our economy and has developed the Aboriginal Economic Participation Framework (AEP Framework) to achieve this commitment.

The AEP Framework is a whole-of-government approach that aligns with similar schemes operating in all other jurisdictions nationally.

It supports the NT Government’s commitments to bring Aboriginal Territorians to the forefront of economic development in the Territory, and aligns with the National Agreement on Closing the Gap and the Closing the Gap NT Implementation Plan, the Everyone Together Aboriginal Affairs Strategy and the Local Decision Making Framework.

When it comes to consistency of the Northern Territory Government’s policy position and our commitments under the National Agreement on Closing the Gap, definitions of an Aboriginal Business Enterprise and an Aboriginal Community Controlled Organisation have been established.

An Aboriginal Business Enterprise requires that the business or community organisation must: 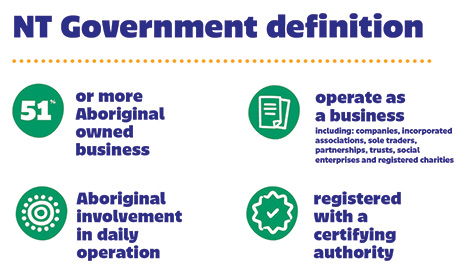 The certifying authority’s processes are recognised by the NT Government as suitably robust to assure the Territory of the integrity of its certified Aboriginal and Torres Strait Islander enterprise list.

The NT Indigenous Business Network is recognised by the NT Government as the peak body for Aboriginal Business Enterprises in the Northern Territory and the primary certifying body. 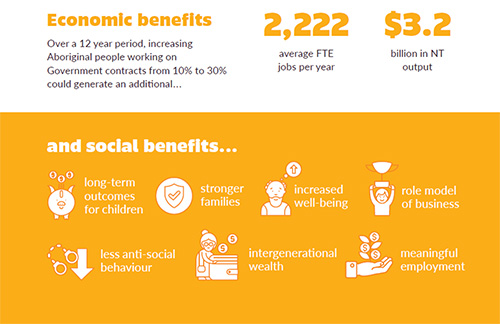